Getting Your Parents to Accept Help 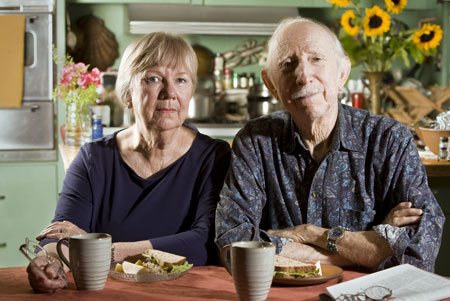 Getting your parents to accept help can be a difficult proposition. If you have ever tried to talk to your parents about getting some assistance, whether or not they were taking their medication properly, having trouble driving, or are missing doctor appointments, then you were probably greeted with expressions, like the ones on the couple in this photo.

Why is it so difficult to get past this expression and get them to listen to you?

The fact is that we all see and hold dear an inner image of the young person we still think we are. And when events or people challenge that mirage, we don’t like it. It’s human nature. All of us have been surprised, at one time or another, at how old we look in recent pictures or in the mirror. So when you want to talk to your parents about how they are aging and might really need some help…well you’re likely to get the “expression” the couple in the picture is wearing. You’ll probably give the “expression” to your kids someday, too.

It’s a difficult talk, to be sure, partly because it puts you in a role you have never had with your parents and it is a role they don’t want you in—one of seniority. Their resistance to discuss what you see as an issue may seem unreasonable, but giving up perceived independence is a difficult transition for anyone to make. Just consider how you would feel if your teenage son suggested to you that you might not be capable of driving a car anymore after you had vender bender or two? Or if your daughter suggested that you need some kind of medication reminder because you forgot your blood pressure medicine. Would this intervention by your children seem reasonable to you? Would you be appalled that they thought it was okay to speak with you in this manner and about these subjects? Probably. 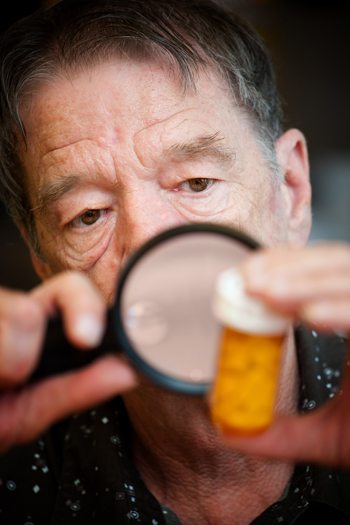 They may also be struggling with the fear of aging.

In addition to the difficulty of accepting you in the authority role, your parents may also be struggling with the fear of aging. It is something that begins at different times for different people, even though we have all been aging since we had the good fortune of becoming a zygote. In our thirties we may worry about losing our hair or our youthful figures; in our forties and fifties we may worry about losing our jobs and start to become more aware of things like cholesterol, arthritis, and other health aspects that we hadn’t given much thought to before. We start to notice changes in our skin, our energy and even how we think. We also notice how young other people look, especially people who are driving cars, working at the bank, or even our doctor who doesn’t seem nearly old enough to have completed medical school.

As each decade passes we become more aware of our own mortality and may even feel betrayed by our mind and body.  Sometimes people take this all in stride. Other times it may bring on feelings of anger, frustration and it may contribute to depression. It is important to understand that all these feelings and thoughts are normal. It is difficult to accept aging as part of the natural order of things, especially when you become aware that it is affecting your independence. So expect your parents to express anger and frustration toward you as they learn how to deal with the effects of aging. They may also suffer from feelings of uselessness so when you approach them about getting help, this may seem to them as just another affront to their independence and the way of life they have known for longer than you have been alive. With all this in the mix it is easy to see how difficult it is for them to accept that you ‘just want to help’.

Getting past the “expression” and getting your parents to accept help 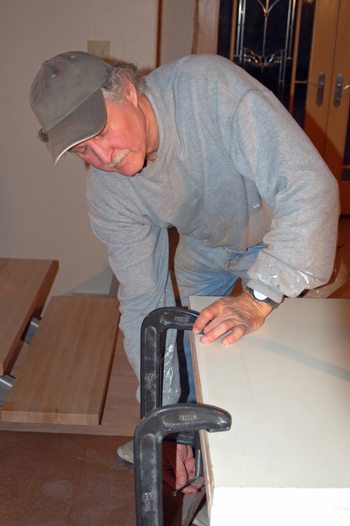 Let’s say your dad loves the hobby of woodworking and uses an electric router to do some of the work. You might start the conversation by asking him how people did that before electric routers, or clamps or vises. Let him talk. Bring up how much easier it must be to do the work now with the addition of these tools, and then gradually bring the conversation to a discussion of tools in general and how much easier a task becomes with each one. Eventually bring the conversation to the discussion of some new tools you would like him to consider using, such as a Companion Caregiver who can help him with driving, cooking, or shopping. Or you might broach the subject as how you would like to employ this tool to help you take care of him. If you take that tact and he blusters about how you don’t need to take care of him either. Then don’t let him “get your goat”. Putting you on the defensive is an avoidance technique. Stay calm, and express your love and concern for him and that the problem is you not him. You worry. You take too much time off of work because of that worry. And you need him to help you by accepting this tool and using it. The more you present yourself as the concerned child that you are and not as the person who is coming in to take over his life, the better the conversation will go.

Aging isn’t easy. Accepting that you need help in order to maintain your independence is not easy either no matter how clear it may be to you that your parent needs help. Make the conversation gentle, logical and as non-threatening as you can, and you will be successful in winning over your parent to the idea of getting help.